4word recently celebrated its 5-year anniversary, so we asked our founder, Diane Paddison, to share why she started 4word and her hopes and dreams for the future.

4word: What inspired you to found 4word? What was the initial response from others when you told them about 4word? 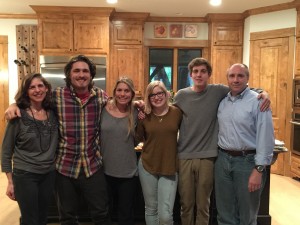 Diane: After being on the executive team for two Fortune 500 and one Fortune 1000 companies, and being the only woman in all three cases, I knew there were more women capable of being in my position, but just weren’t getting there. In the ten years before I founded 4word, I had many women asking me how I was able to be a COO of Trammell Crow Company, then ProLogis, be married to Chris (also a professional), raise four children together, and keep my faith as my foundation. I knew there was a need based on the number of conversations, so I started doing my research and found these three huge demographic shifts as follows: 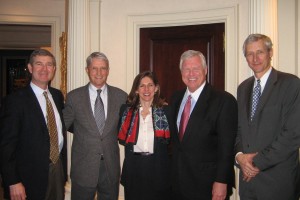 Unfortunately, there was a very alarming statistic about women and their focus on their faith as follows:

A 2015 Barna study concluded that 46% (this had gone up from 38% in 2005) of unchurched are women and 85% of those women belonged to a church at a previous point in time in their lives. If women are leaving the Church, they are taking their families and tithing with them. Barna, June 25, 2015

After seeing these statistics, I decided I would help somebody already leading a marketplace ministry for women. I found there were ZERO national marketplace ministries led by women for women, but there were 1200 ministries led by men for men or men and women. (Katelyn Beaty, Assistant Editor, Christianity Today just validated this statistic in her newly released book “A Woman’s Place,” and she lists 4wordwomen.org as the only one led by women for women today. She mentions Women Doing Well, too, but that organization is focused on generosity not the marketplace.) 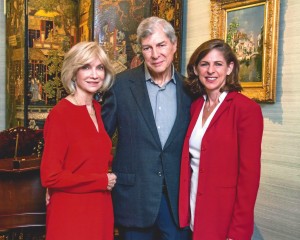 When I shared my idea to build this organization, Bob Buford, founder of Halftime, was one of the first people I spoke to about it. He said, “Whenever there are huge demographic shifts and no one has responded, there is an unmet need. You need to start 4word and you need to write a book as the foundation for the organization.” To the book suggestion, I said, “That would be a miracle.” However, with Bob Buford supporting my idea, I never looked back since that day. He helped meet the CEO of Zondervan, who gave me a contract for “Work, Love, Pray.” In addition, he introduced me to a ghost writer and I was “off to the races.”

4word: In the beginning, what were your dreams for 4word?

Diane: In the fall of 2009, I dreamt that God would use me to help women see their faith as their foundation, their relationships as their priority, and their work as a place where God has given them gifts to serve others. The outcomes would be women, marriages, families, workplaces, churches, and communities would be impacted positively.

In 2011, I put together a strategic plan and an operating plan. I had the blessing of working with Rob Pace, one of my friends from Oregon State University and Harvard Business School and former Partner of Goldman Sachs who had a passion to use his strategic mind to help faith based not for profits develop a strategic plan. I saw Rob recently and shared with him that the key eight strategies that we had developed had not changed since 2011. That is a strong strategic plan! However, our operating plan is changing constantly as we listen, learn, and adjust.

4word: Now, 5 years later, how have those dreams developed?

Diane: I would have never predicted the following:

I can’t believe that we have Amy Grant coming on February 24th and 25th for the 4word: Dallas Local Group luncheon and for the Gala, respectively. She is a friend and my favorite recording artist. So many will be blessed by coming to the luncheon and/or Gala.

4word: As the leader of 4word, how do you deal with doubt and frustration when circumstances don’t go the way you’d planned?

Diane: I pray about 4word each day. (1 Thessalonians 5:17: pray without ceasing.) We now have a team of five full time and five part time individuals, seven firms we outsource some of our work to, plus 254 volunteers who donate their time as mentors, Local Group leaders, Advisory Board and members of our Board of Directors.

I also seek the counsel of my Board of Directors. (Proverbs 19:20-21 – Hear counsel, and receive instruction, that thou mayest be wise in thy latter end.) I am so blessed to have five amazing women who are passionate about 4word serving on our board.

4word: Why do professional Christian women need an organization like 4word?

Tomorrow, 4word is taking part in Giving Day. This is an opportunity for all of the women, their friends, and supporters who have been affected by 4word to help the organization continue impacting women. In addition, we hope anyone who is passionate about our mission will give to 4word.

4word: Do you have any favorite stories of women who’ve been impacted by 4word?

Diane: Below are examples of some of the amazing testimonials we receive regarding our various programs:

From our 4word: Nashville Local Group: “Last night, I fell asleep smiling and woke up smiling thinking about what a wonderful time everyone had at our event, thanks to you! My prayer for this gathering was that it would be no more and no less than what God wanted, and as always, He far acceded my expectations. Several women who attended were first timers and now want to be more involved. One woman apologized for staying until 10:30PM and told me this was one of the first times she had ventured out since losing her stepfather. She and her husband are not involved in a church, and she was drawn to 4word and wants to become more involved! I just know that this is a start to many things for 4word and this reaffirms my commitment to this group of women.” – Jane B. Richards

From a 4word blog: “This article seems to speak directly to me regarding how I was not happy where I was in my job. I wasn’t doing what I really wanted. I was settling to have just a job instead of career. After talking and going back and forth, I came to the decision to go back to school to pursue my bachelors degree, go for what I want, and have faith and not be scared.” – LaDonna Murray

From the 4word Mentor Program: “I loved working with my mentee. Through our short time together, I was able to help her calm the chaos and discover ways to reduce the overwhelm that her fast-paced career was causing in her life. Just taking time to pray together was a huge help! Guiding her through strategic goal-setting and finding workable solutions to her challenges provided the plan that would bring more family time back to her daily routine–something she had been longing for. Gently pushing her to make tough decisions helped her overcome some of her fears as she stepped out in faith, allowing God to be the CEO of her business. Just being part of this process was a huge blessing to me as well, and my own faith grew as I witnessed how God changed her life. All I had to do was to let God use me as the conduit for His plan. No PhD required!”– Susan Tolles, 4word: Austin Leader

I also love these videos talking about why 4word is needed and the impact we’re having on women.

4word: As 4word celebrates its 5-year anniversary, what are your dreams for the next 5 (or more) years?

Diane: Again, my beginning dream still holds true overall. However, we have agreed that this is our vision for 2020:

4word: What gives you the most energy as you think back over how God has used 4word to impact women?

Diane: I love hearing the closing call at the end of every 4word Mentor Program class. It is amazing how each mentee and mentor are affected. Secondly, the women who get involved in the 4word: Local Group Leadership teams build close bonds with the other leaders. As I meet 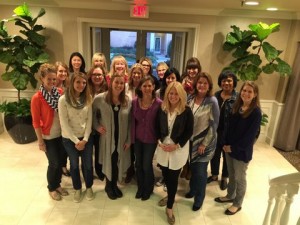 with our different Local Groups I see how this authentic community is impacting their lives. They don’t say “they feel alone at work and at church” once they get involved in 4word.

I appreciate the hand prints of all of the previous and current staff, Board of Directors, Advisory Board members, Volunteers – Mentors and Local Group Leaders. 4word is what it is today because of a huge team effort.

Our amazing donors are also a continued source of stamina and encouragement. 4word simply would not be where it is today without their generosity. Our beginning budget in 2011 was $40,000. This year, our budget was almost $700,000. God has truly provided 4word with incredible individuals and organizations who share my vision and mission to impact professional Christian women in the workplace everywhere.

Whether you’ve been with 4word from the beginning, or have just recently connected with us, we truly appreciate your support and part in our mission to impact women! We hope you’ll join us tomorrow for Giving Day and help support 4word and the future women we strive to meet.