As we’ve discussed leadership on the 4word blog this month, my hope is that you’ve come to realize that those to whom God has given the calling of being a leader He has also blessed them with the traits of a good leader. You might not even know you have these traits or practices, but you do have the ability to adopt and use them.

I have been privileged to be in a leadership role in many of the companies I’ve been a part of. Each role came with its own pros and cons but each was a major stepping stone in following God’s plan for my life. I didn’t always feel confident in my roles and would sometimes go to God and ask Him if He was sure He wanted me being at the helm of a team or project.

When you’re doubting your leadership abilities or wondering if leadership is where God is wanting you, here is a list of five traits every effective leader utilizes well:

When you think of Steve Jobs and Jeff Bezos, you immediately recall the mega brands they’ve built from the ground up. They are not only impactful leaders; they are impactful visionaries. Good leaders won’t just dole out “blind” responsibilities to their team. They will share the vision of their ultimate end goal and share it so well that their team will feel passionately compelled to help get them there. Jesus was masterful at drawing others into His vision for the future. They were able to see the long-lasting benefits of their work with him and it made them joyful and excited to follow Him. It is my hope every day that I can create this same “vision excitement” for my teammates at 4word.

Have you ever worked under someone who just gave orders and didn’t come down to your level to get their hands dirty? If something went south, this type of leader would usually find someone else to pin the blame on, rather than shoulder it themselves. Accountability is the cornerstone of empowerment and personal growth. Jesus said, “Whatever you ask for, will be done. Whatever you loose on earth, will be loosed in heaven. Whatever you bind up, will be bound.” (Matthew 18:18) Leaders, don’t just lead your team. Be a part of your team. Nothing makes team members more invested than seeing that their leader is just like them and is willing to roll their sleeves up and get down to business.

Cheryl Bachelder, a friend and author of “Dare to Serve” said this, “Whether you act on it or not, you probably know this deep down in your heart: the only legacy of your life will be how you used your gifts to serve others. The only memories left after you depart this earth will be memories of the lives you gave your heart and soul to."

In Matthew 21:12, what do you think Jesus was trying to say when He drove the money changers from the temple? I think He wanted everyone know how strongly He felt about keeping the temple holy and void of greed. What about Nelson Mandela, do you think he was passionate? Like having a vision, leaders who exude an infectious passion for what they do and dream up will always leave a mark on their industry. One of my good friends and mentees, Liz Bohannon, took her passion for empowering women in Uganda and created Sseko Designs, a thriving lifestyle brand that is equipping women in Uganda to be entrepreneurs and support themselves and their families. Watch this video of Liz and Sseko’s story created for the Global Leadership Summit in 2017. 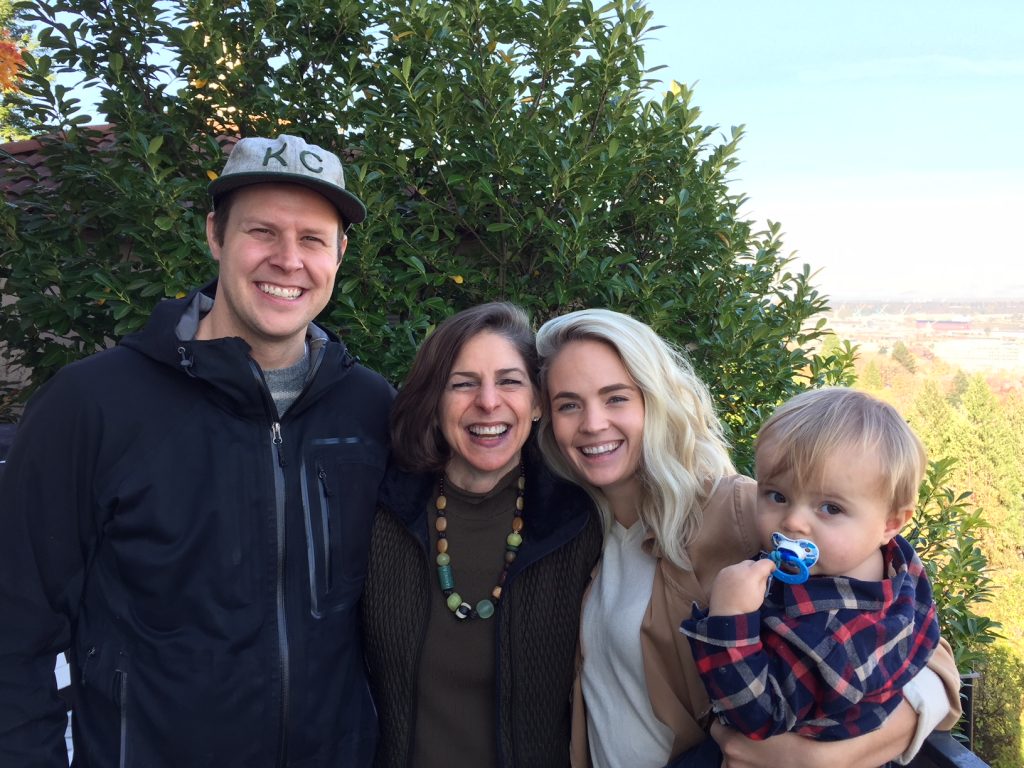 Liz had a mentor through the 4word Mentor Program whose career in investment banking gave Liz access to CEOs who were able to help her with a new business model, the Sseko Fellows program.  These leaders inspired Liz to move in another direction in 2017.  Leaders, don’t be afraid to show your passion at work. That passion will lead to my next trait.

I think all leaders hope deep down that all their work and efforts will lead to being remembered. I can’t think of a better way to be remembered than by inspiring someone on your team to accomplish something great. Angela Ahrendts at Apple is someone I have been inspired by ever since I learned of her in 2015. Getting to meet her further inspired me to emulate her leadership style. In the Bible, Jesus empowered women by inspiring them. To whom did He appear first when He rose from the dead? Mary Magdalene and Martha, who then went and spurred the apostles into action. Whatever you do as a leader, perform with the hope that your actions will result in someone down the road doing something truly great. You may not see that in your lifetime, but that doesn’t mean you shouldn’t try to be an inspiration, always.

This may seem like a no-brainer, but I know of too many leaders who are doing incredible things but are doing so at the expense of morals and guidelines. Jesus always did what was right, never sacrificing His purpose of values even when tempted with a way out of suffering. There will be many occasions where a “shortcut” is within reach and as a leader, you may think you will never get caught. Why risk that? What would be more inspiring to you: a leader who had to fight through opposition and roadblocks before ultimately succeeding, or a leader who found loopholes and stepped on everyone around them to claw their way to the top? Don’t be afraid of struggling. As a leader, struggles are a time for you to grow and be a positive role model. 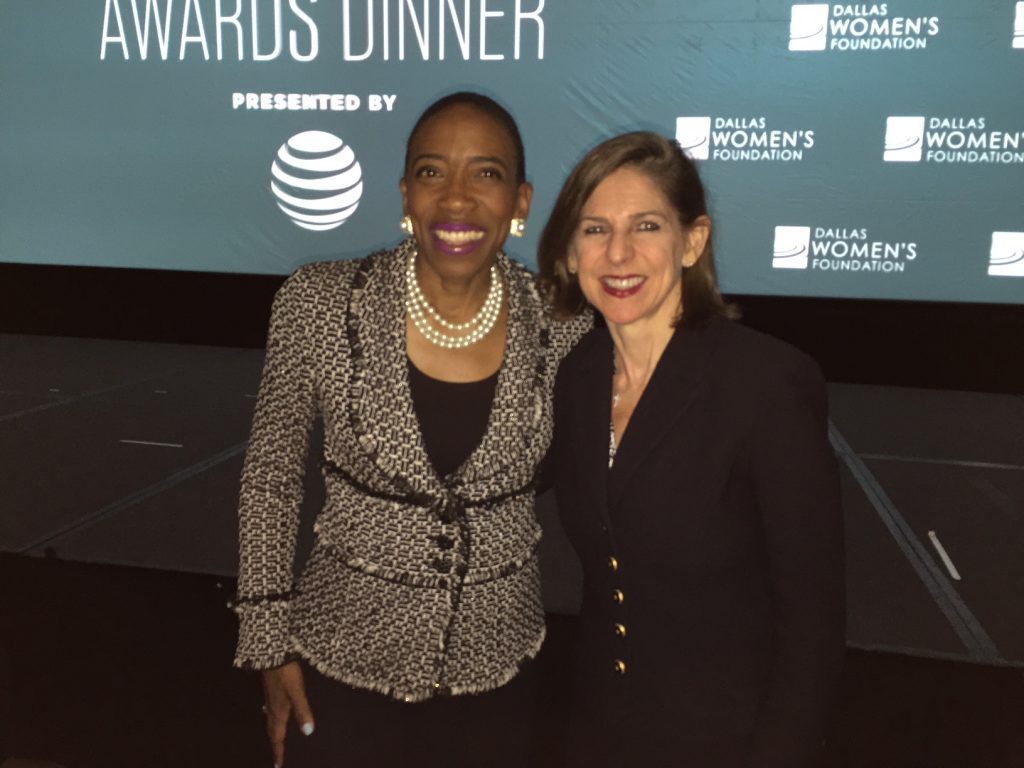 My friend Carla Harris, Vice Chairman, Wealth Management, Senior Client Advisor, Managing Director, Morgan Stanley, (who I was able to be inspired by as she spoke at the Global Leadership Summit this week) talked about leadership in Dallas a year ago. Carla spelled out leader and the “A” of leader stood from being your authentic self. She shared that, for many years, she did not share she was a gospel singer. When people asked her what she enjoyed doing, she began to humbly share that she sings at Lincoln Center. Prospective and current clients then remembered her! She learned a part of character is bringing your authentic self into any situation, even work.

Don’t be afraid of leadership, if it is something you feel God is calling you to. His plan for you will never include something you’re incapable of handling. That doesn’t mean His plan will be easy, but it does mean that following His leading will result in a more fulfilling future than you could ever dream up for yourself.

Sign up to receive our Monday Morning emails and get blogs like this delivered right to your inbox!

Do NOT follow this link or you will be banned from the site!