Join other women just like you on their Journey 4word. Find out how by clicking the button!
Learn More 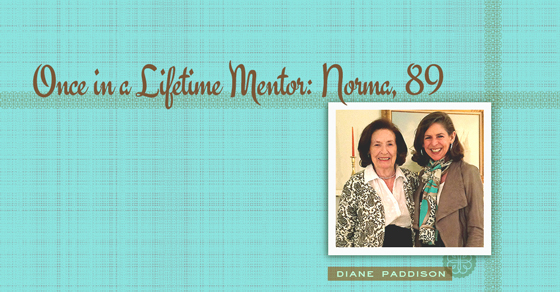 I’ve been blessed by many mentors in my life, but Norma Coldwell might be the most precious to me.

I met Norma about five years ago through her son Cameron, who is part of my bible study class at church. Cameron has Multiple Sclerosis, and in 2009, he had reached a point where he needed extra care and was going to live with his mother. I knew the transition would be hard for Cameron, and I started trying to visit him once a week. Gradually, I  also started to get to know his mother, Norma.

In the past five years, Norma’s impact on my life has been huge.

At first we were just friendly, then we started praying together. My visits got longer and longer as I realized what a precious friend and resource I had found in Norma. We connected on every dimension of our lives, from upbringing to education, family priorities and our mutual desire to use the gifts God gave us in the workplace.

Since 2009, we talk weekly and rarely miss seeing each other every two weeks. I’m learning all the time from her perspective and her example. Plus, I just really really like her! 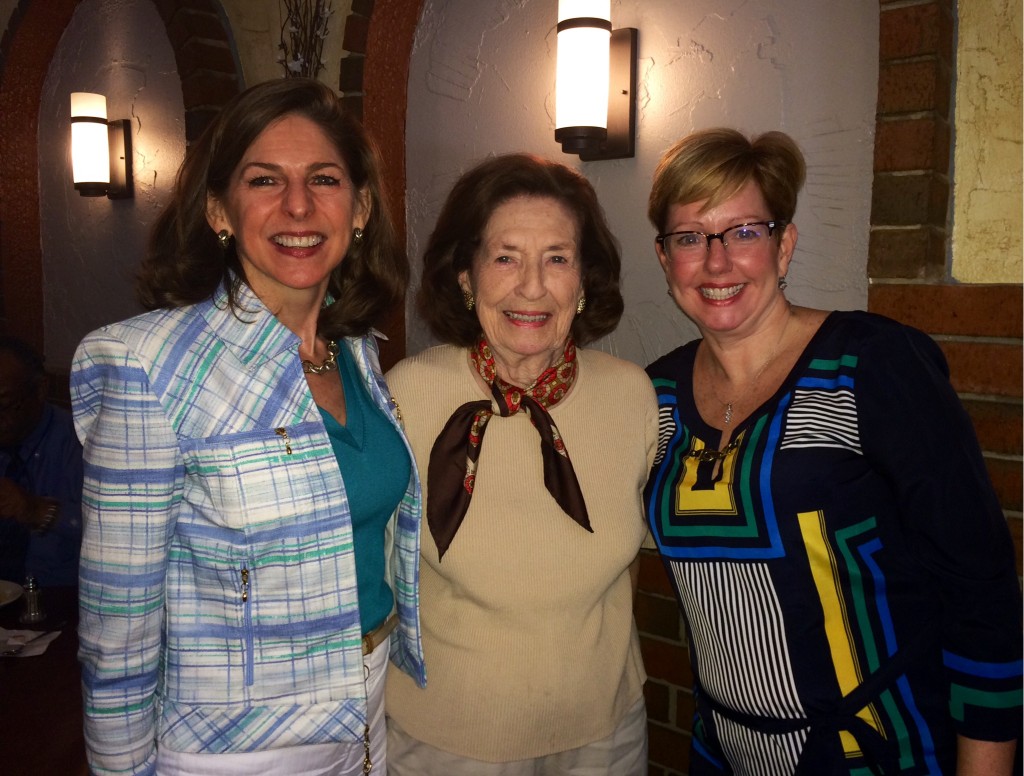 Norma grew up during the Depression on a farm.  She went on to get her college degree and also her Masters degree. This was quite remarkable for the time, considering that she was born in 1925, and as of 1971 only 6% of advanced degrees were going to women (according to the National Center for Education Statistics).

After Norma married, she worked as a flight attendant for Pan American Airlines until her sons were born. While they were in school, she took time off to focus on being a wife, mother, and community volunteer. She also pursued jobs that would mesh with being in the home with her sons, including, among other things, modeling coats at the Merchandise Mart and substitute teaching. At 48, when both sons had left for college, she started her career “outside of the home.”

You read that right. Norma’s full time career started when she was 48!

She served as Assistant Dean of Women’s Studies at Southern Methodist University and she loved it, even commuting back and forth between Dallas and Washington D.C. after her husband Phil became a member of the Federal Reserve Board. After a few years back and forth, Norma took a job in Washington D.C. working with the Treasury department. When she was ready for her next career move, she looked closely at the private sector and decided that Riggs Bank (now PNC Bank) was the right place for her. So one day she marched into the bank’s headquarters and, using her maiden name so as not to “ride her husband’s coattails,” she asked to speak to the person in charge. By the end of the day, she was offered a job overseeing risk for a number of foreign countries. I LOVE HER CHUTZPAH!

Norma is 89 now and is retired from the professional world, but she hasn’t slowed down a bit! I like to think of myself as a hard worker, but if I’m working half as hard as Norma does at 89, I will thank God for that gift. When I feel myself slowing down, or suffering from bad allergies or headaches, or when I just don’t feel like trying to make the next 4word fundraising call, I think of Norma caring faithfully for her son, trimming her own hedges, and cleaning her own house until just last week when I helped her find a housekeeper.

Her confidence, positive attitude, and fearless faith have been and continue to be huge inspirations to me.

And whether you know Norma or not, if you’re reading this now, she has influenced you as well! 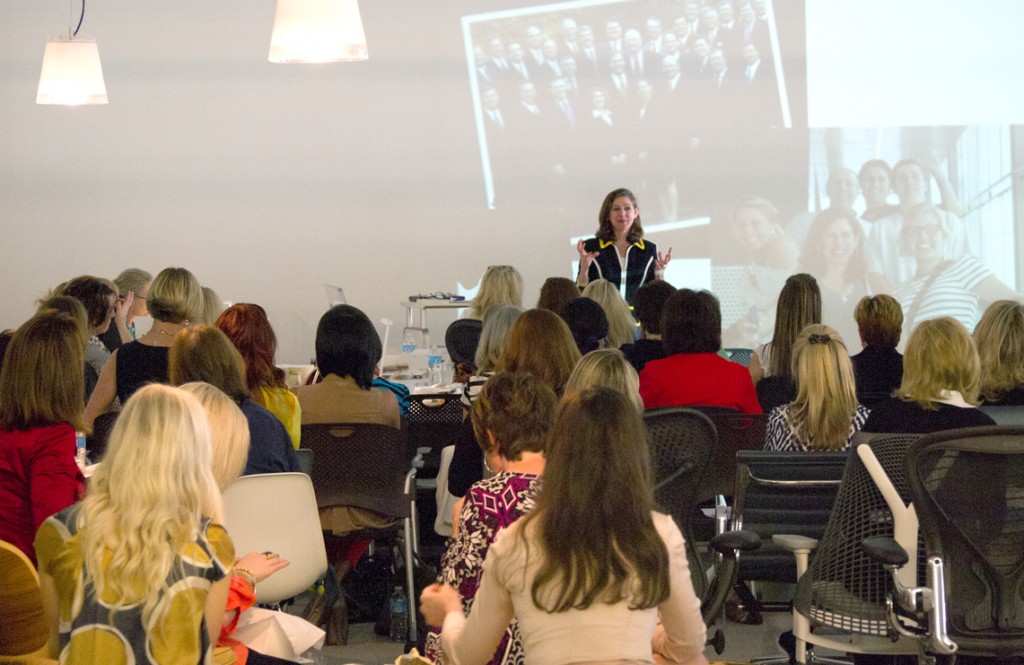 By the time I met Norma, I had a well-established career, I was secure in my marriage and my faith. I had a solid group of women friends to share and pray with, and I had good (if occasionally rocky) relationships with my children. If you had asked me, I’d have said that I was doing pretty darn well. But Norma’s loving mentorship resonated in me beyond all expectation and fed a deep longing I didn’t even know I had at the time. In her, I had found a true role model. Someone who had lived and struggled through so many of the things I was facing or had faced; who could understand and speak to every part of me.

Simply knowing Norma and being encouraged and loved by her made such a huge impact on me, it’s no coincidence that I started working towards launching 4word just a few years after she came into my life.

Norma’s faith is her foundation, her relationships are her priority, and her God-given gifts are put back into her work. In short, Norma is 4word and everything that we stand for as an organization. 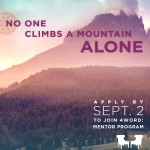 Do you feel called to be a mentor? Are you looking for a mentor? The 4word Mentor Program is currently accepting applications for the upcoming fall session. Visit the Mentor Program website today and submit your online application by September 2, 2016!